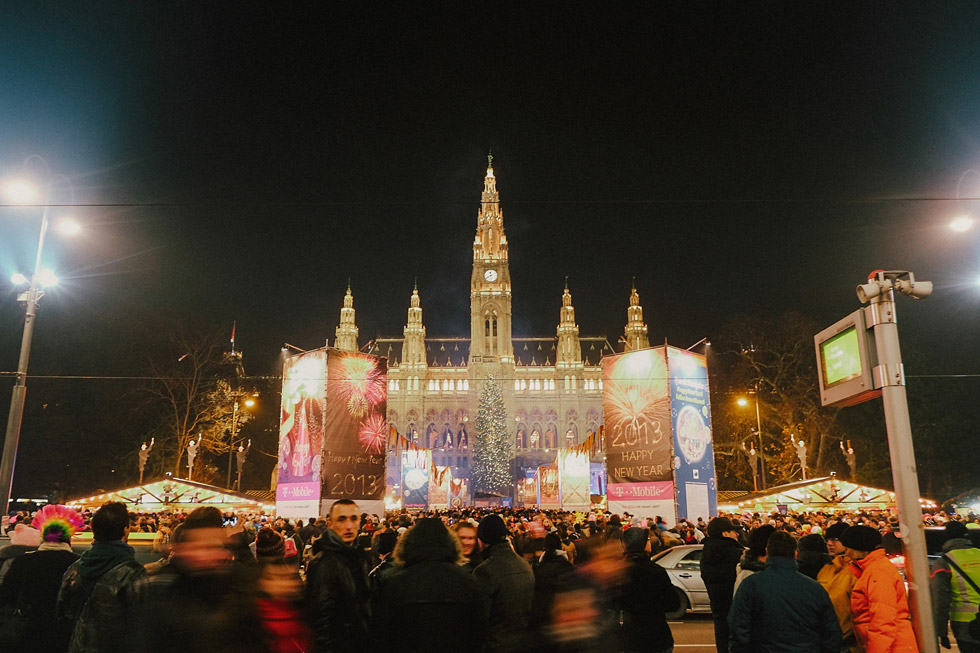 We’re the type of travelers who prefer to ease our way into a city and take in its personality at a steady pace, even as we speed from one to another through the countryside; however, there was no quiet osmosis of culture for us, no gentle and demure introduction to this city.

That’s not the kind of thing that can happen when you arrive in Vienna on New Year’s Eve.

The city was pulsing with the energy of celebrations past, present, and future and as we shimmied down the next crowded street, the vibration of strings in the work of Strauss had us watching the graceful rising and falling steps of those waltzing—waltzing as was the case every New Year’s Eve for more than a century. We must have walked the entire city twice while taking in the Klimt, the makeshift fireworks installations, and the shapes of stately buildings that would become illuminated ever so suddenly by the explosive lights. As in other places we had come to know, the old and new had this particular way of cavorting with each other; in Vienna, we were caught up in this tireless romance of co-existence during the light bursts and crackling of excited shell casings.

When the fireworks signaled the arrival of the new year, 9 hours before they would have in Vancouver, I remembered the many instances in my life where celebration of the coming year wasn’t considered a necessary do. This time was ever the same and entirely different: for all the scenarios my mind seems entirely capable of drumming up, I couldn’t have imagined myself looking over to see you and feeling that everything in this moment was achingly perfect.

The morning after, we listened to the world-renowned Neujahrskonzert on the radio while in bed, and we tilted our heads towards the ceiling as the exhaustion of our travels made a home of our eyes.

We hadn’t allowed ourselves much rest up until this point and so we slept and we slept and that was a marvelous thing.

We were ready for Budapest. 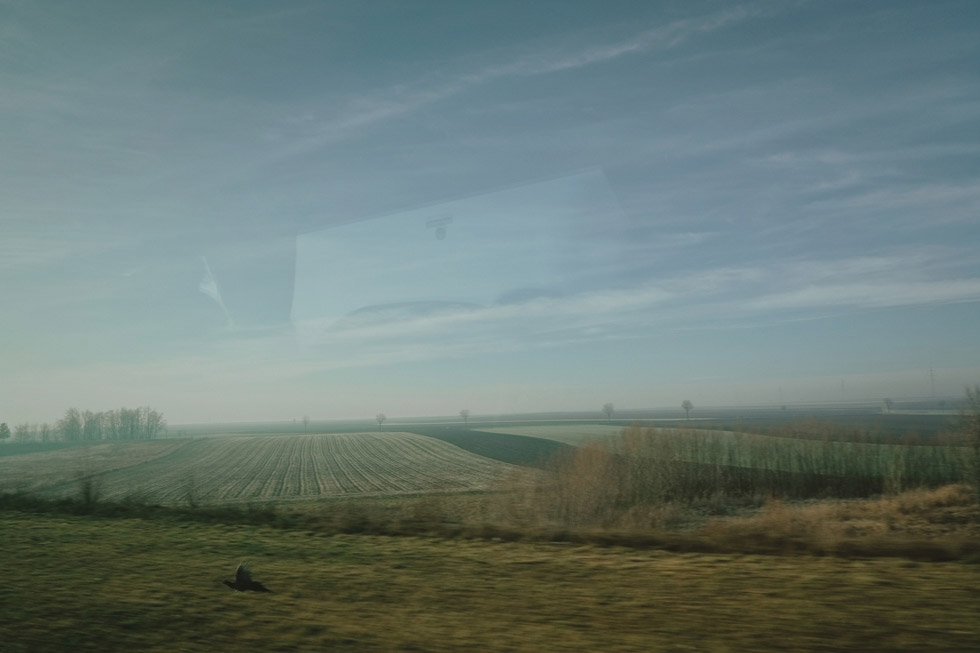 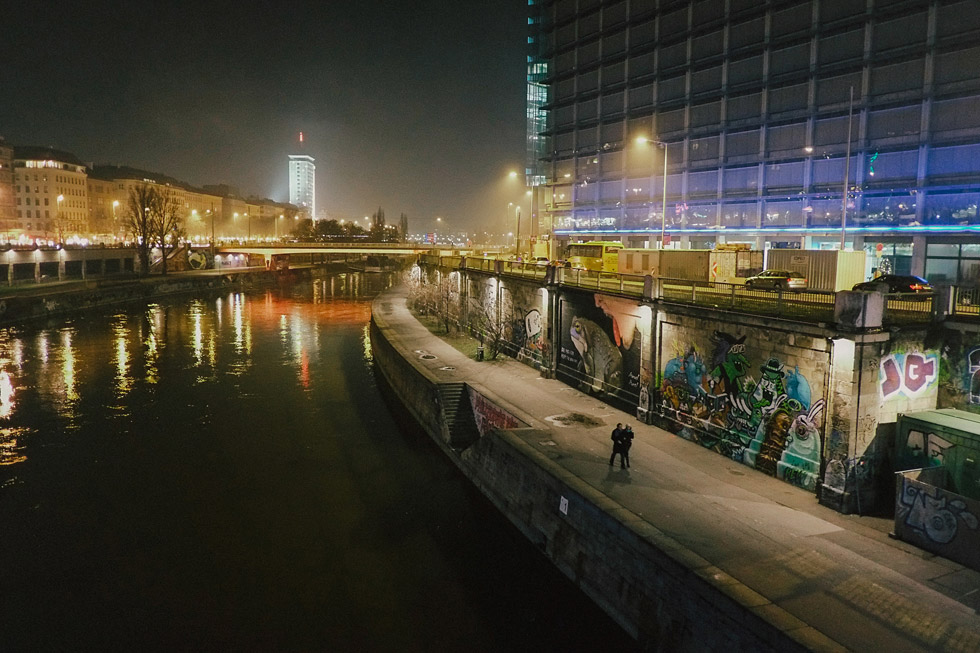 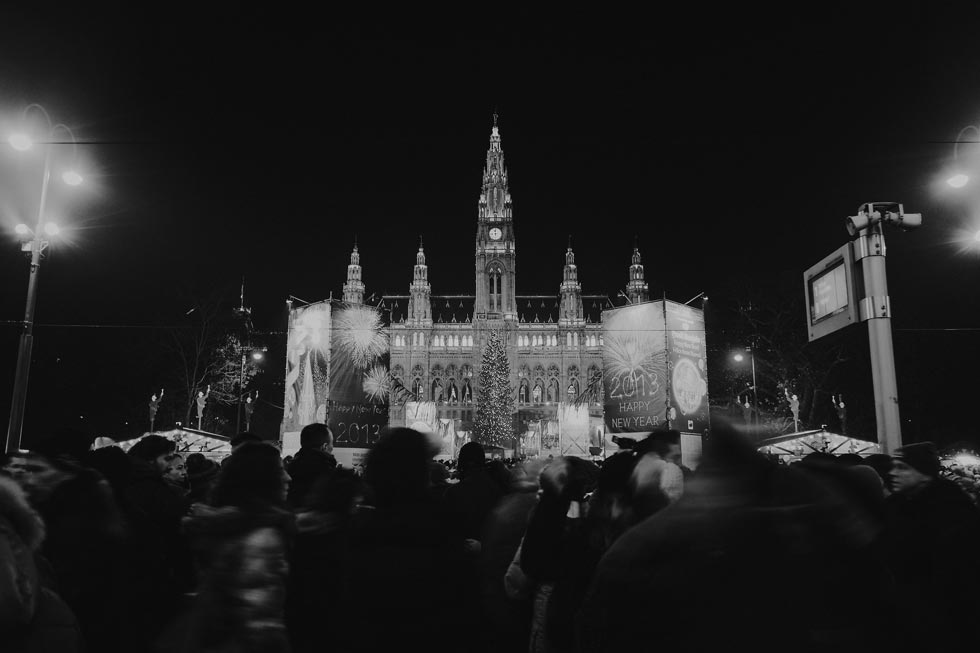 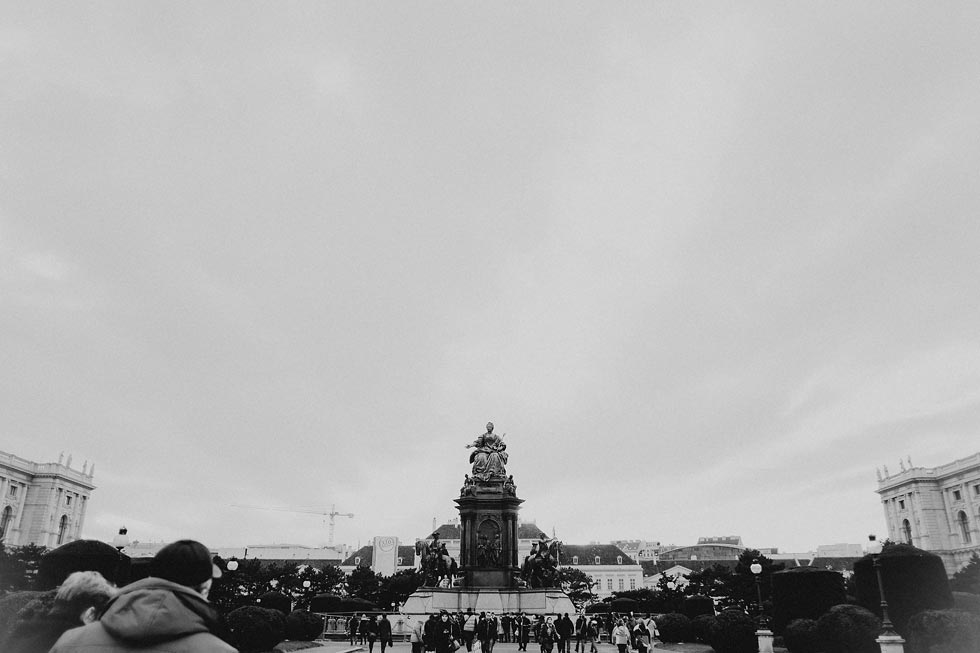 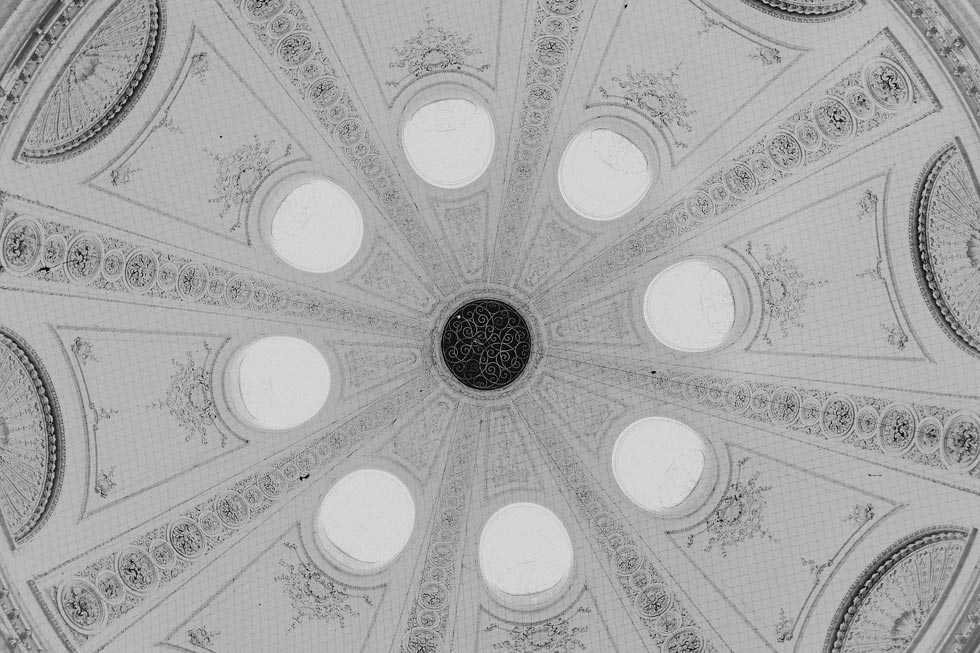